"There is a dependence in the region that breeds a culture of defeatism."
(Stephen Harper, CBC News, May 30, 2002) 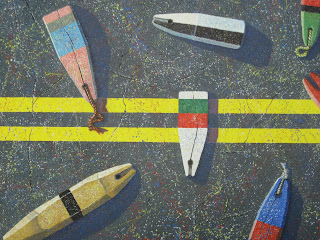 An idiot in Athenian democracy was someone who was characterised by self-centeredness and concerned almost exclusively with private—as opposed to public—affairs.[6] Idiocy was the natural state of ignorance into which all persons were born and its opposite, citizenship, was effected through formalised education.[6] In Athenian democracy, idiots were born and citizens were made through education (although citizenship was also largely hereditary).
Wikipedia


"There's unfortunately a view of too many people in Atlantic Canada that it's only through government favours that there's going to be economic progress, or that's what you look to …That kind of can't-do attitude is a problem in this country but it's obviously more serious in regions that have had have-not status for a long time."


"So bid farewell to the Eastern town you never more will see.
There's self-respect and a steady cheque in this refinery.
You will miss the green and the woods and streams and the dust will fill your nose.

But you'll be free, and just like me, an idiot, I suppose."

The above painting is titled with a dose of sarcasm. It is coined, in the modern use of the term, caustic but with irony.

The following dialogue is a compilation of statements related to the overall relationship of education, heritage, and economic growth, to community. My intention, through the modern use of sarcasm , is to reveal a lack of understanding of the role of citizenship, and perception regarding rural life, and why a "culture of defeat" label may be more revealing of divisiveness and the Prime Minister's objectives, than the will to see our region progress. I still think dividing regions and putting them down is an idiotic thing to do.

Idiocy has a multiplicity of definitions and applications. In rural Nova Scotia, the spirit of community could very well be on a razor's edge owing to the rigid undemocratic protectionism in government, from the base level of school boards, on through bureaucracies, and into intransigent forms of Municipal, Provincial, and Federal levels of stewardship.


Idiot #1 -  "I dare say the issue that is holding some (not all) young people back is the lack of thirst for entrepreneurship."

Idiot #1 - So ... why do you see so many older people behind the cash registers at Walmart and mopping the floors at Macdonald's? Older folks can handle these jobs but they don't have the physical strength to do farm labour.

Idiot #2 - "I will talk to her as soon as she finishes her shift at Walmart. I am sure it will be inspirational"

Idiot #1- "The company I work for just brought in young people from another country and the government is subsidising their wages under some immigrant program. I guess they feel that's a better use of taxpayer dollars."

Idiot #1 - "If private people want to preserve lighthouses, or other relics, let them raise the money privately."

Idiot #1 - "It's time Nova Scotians moved with the times. We can't sit here and get sentimental over a building structure."

Idiot #1 - "We have lots of nice lighthouses but either make them a locally supported treasure or let them go."

Idiot #2 - "government doesn't care about tourist attractions, heritage, maritimers or mariners or anything else for that matter, all they are interested in is filling their own pockets."

Idiot #1 - "Small school are falling down around people’ ears, we cannot afford to keep them all open to suit adult fears of the unknown. Teach our children to embrace a future of continuous change because we can’t make them think the bogeyman is under every bed and in the next community down the road, those days are over with or should be."

Idiot #2 - "Parents are whipping themselves into a frothy frenzy over what amounts to old time snobbery, fear that their children may have to assimilate into a larger population in a community next door, you know,... that crowd."


Idiot #1 - "Much of Nova Scotia is within an hour's commute to the HRM, so part of the problem is living rural and wanting rural schools."

Idiot#2 - "Rural NS is in steep decline. Just take a drive through the South Shore or similar areas throughout the province. Homes are empty and for sale but going begging. The small businesses that used to service the departed residents and nonexistent rubber-tire tourists are closed. Traditional industry has moved away.

Nothing about this seems normal to me!


The question on our lips is no longer "why?" Or, "how did this happen?" It's too late for that.

There is a sense that we are now rummaging through the post modern junkyard and looking for answers. It need not necessarily be only a rational search. This is where the artist comes back into the cultural picture; armed with material from the past, and contextualizing it in the present.

“We need to understand the power, the energy and the glue that keeps civil society together and motivates people”, from Occupy to Tahrir Square, says Alexander, by trying to redefine the cultural in social theory. Myths, narratives and iconic symbols have disappeared in the course of modernization… But how can cultural sociology bring these important ideas back to the theory of democracy?

Posted by Steven Rhude at 07:35 No comments: