Terroir Catalogue and Question and Answer with the AGNS 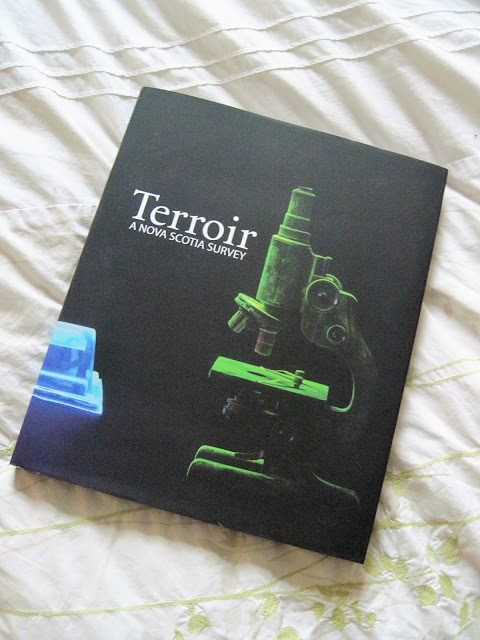 As a painter, the intensity of crowds, and the ubiquity of digital photographers struck me at times as an advantage in the Forbidden City. Everyone photographing each other in some respects, however for what reason - one only knows. There is a binary quality between humanity being ignored and blending in, and those being observed yet unaware of the observer, who is indeed also being observed. It is a place of intense motion, and also stasis - a place where one can feel elation in the presence of an ancient culture, and trepidation at the chaotic prospect of how fragile it all is. There is at once peace and solitude, and if one looks down  and forfeits control, the stones reveal tragedy.


A little over a year ago, a photographer named Joseph Hartman http://josephhartman.ca/index.html called me and asked to photograph my studio as part of a book project he was working on documenting the studios of artists across our fair land. The objective was to make a record of how an artist's space really is, and not something doctored up for the likes of a home design publication for instance, with the artist in their Sunday best poised in front of a painting executing a final detail.

In accordance with consistency, the artist must be missing in action as were all the other artists chronicled up to the point of Joseph's visit to my studio crypt, and as all the other artists would be until the exercise is completed. I'm not normally one that likes people in my creative digs (cat and family excluded), but after viewing an exhibit he did on the artist's studio, http://momus.ca/a-portrait-of-the-artist-as-a-young-professional-joseph-hartmans-artist-studios/  I realised the uniqueness of his thought process. I recommend reading the Momus review on his work and the contemporary studio - it sheds much light on the nature of the artist - from the industrial studio workshop replete with a multitude of assistants like that of Kent Monkman, to the more humble and monastic space like that of Ron Shuebrook.

Joseph uses a 4 x 5-inch camera and film.He took about two hours or so before he completed his assignment and then moved on to the next town or city, to another veiled industrious space, and another artist in absentia.

Joseph Hartman's book on the artist's studio should be published and available this May.

Posted by Steven Rhude at 09:44 No comments:


It's been said that painting is a lie... that there is no defining moment that captures an essential truth about a situation or place. However, I do love to make paintings, so one could conclude I also love to lie. Yet, to lie is the image craft at the disposal of the painter - the cultural boarder one crosses over if one is intrigued about another place or culture that isn't their own, or where they grew up. But we know it is dangerous to lie, we are taught today that if it isn't experiential, one has no business treading into another ones cultural ground of being. But this experiential thread is being tested today as never before. So what is it to be a Newfoundlander?, a Nova Scotian?, an Indigenous person? - or Euro centric? And what can a seemingly isolated house tell us about the identity of the owner?

Many of us weren't taught to lie while attending the sweat lodge of today's art instructional institutions; we were taught to seek the truth - not to lie, but to question all modes of expression and society was the objective. But I do wonder if the so called realist, faithfully slavish to the facts in front of him is not deceiving himself. For starters, a liar isn't interested in the clutter or chaos of the subject. The liar knows he can't achieve perfect disinterestedness, and this is a good thing.

However, we are told that impostors lie, identity thieves lie, those without sufficient blood quantum levels related to a people or place lie, especially when they depict that which isn't rightfully theirs to speak on, or about, or on behalf of. Those who are from a place called away lie. However a lie shouldn't be mistaken for artistic licence - that implies exaggeration or even incomprehensibility, and in today's world that may seem as a cop out - and it is. A lie is a way to seek the truth, and unfortunately, it is more complex than that in today's world of identity politics.

But this is oil painting we are concerned with here, which is never a solitary object. It is often about  something, or many some things. It concerns itself with the essence of space - or more to the point in this instance, architectural space, an aspiration still lingering since the  Renaissance and the enigma of absence that is experienced by all of us.

The Avalon makes me feel like an image liar, or perhaps also a prowler too - an image prowler looking for something to plunder and re stage. It doesn't really matter exactly where on the Avalon Peninsula this house is located. What is important is the tell tale signs of post modernity and it's trail of absence. The recently added windows with grey drawn shades complimenting the bizarre pink clap boarding were enough to prompt a painting. Yet there is more to it than that.

It was once no doubt a fisherman's house. But from there the truth gets murky. It was possibly sold to a summer resident for three months a year use, and now... it is just a dialogue of pathos, no longer capable of evoking for us some traditions and conventions that may tell us some truth. And we may never really know anything about it, because now the house has become the liar - concealing the truth.

http://www.stevenrhudefineart.com/
Posted by Steven Rhude at 11:22 No comments:

Man in a Boat

“Believe me, my young friend, there is nothing - absolutely nothing - half so much worth doing as simply messing about in boats.”
― Kenneth Grahame, The Wind in the Willows