The Maud Lewis story is by now legend in Nova Scotia and perhaps well on its way to the same status nationally, and no doubt already making inroads internationally. Certain elements stand out. A turn of the twentieth century birth, an unwed mother stricken with severe juvenile rheumatoid arthritis and the stigma of her child's adoption and denial, strange circumstances leading to a union with a poor and uneducated peddler living in Marshalltown, Nova Scotia,  and a shingle that said "paintings for sale" which was marketed, used and abused by the transition of culture from late capitalism into a neo liberal economy. Combined, these elements shed light on the culture of Nova Scotia rurality, as modernism marched its way past their painted door in Digby County. 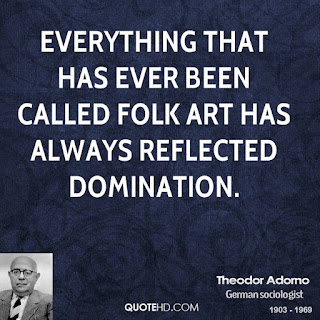 In many respects the Maud story is one of domination, both domestically, socially, and culturally. Maud, dominated by the conventions of the time, subjugated by a peddler from Marshalltown, their situation (especially for Maud) exacerbated as they were eventually left without contemporary transportation.

Assigned to hanging out a shingle "paintings for sale", the new world of the shop window tourist would eventually stop and snatch a piece of rural spirit in the form of panel paintings - some of which were painted on board reclaimed from the adjacent poor house - a dumping ground for orphans and the provincial destitute, and build collections for many elite, like Richard Nixon, that would supply a narrative for decades to come. A bucolic world, promoted, but in reality non existent in terms of Maud's circumstances; a world where the new economic landscape that has led to such catchy marketing phraseology like "you're richer than you think" was greasing its wheels.


The reflection of domination continued into the early 1970's where claims made by ex patriot American professors and collectors like Gerry Ferguson on her legacy and other folk artists within the province, found NSCAD integrating the folk idiom into its conceptualist classroom of alternative selections, as the conservative conventions of landscape and figurative painting traditionally endorsed by educators promoting the academies of European historical derivation were kicked out on their proverbial keester. Maud and folk art was considered cool, and as Erin Morton stated, it was believed by some in the art college that in Nova Scotia "few artistic traditions were worth considering outside of contemporary folk art and even used this theory to explain the development of an internationally recognized conceptual art scene at NSCAD in the 1970's."

In fact: "Ferguson's interest in folk art, thus, both complimented his own professional art practice and help to construct Nova Scotia's past as one of limited creative capacity due to regional isolation, artistic conservatism, and overall failure of the province's artists to keep pace with transnational late capitalistic economic and cultural developments."[1]

Other institutional players were linked to the theme of domination. Cultural facilitators such as the AGNS has indeed built much of its early reputation on the identity of Maud and in many respects continues to seesaw between the marketing of Maud related merchandise and the deeper meaning of her legacy as a painter. Peddling everything from Maud erasers to coffee mugs, ironically leading us back to Maud's original peddler - here Husband Everett.


The sponsorship of  contemporary art museums directly connects the public with the culture of neo liberal museum development in the 21st century. However more domination reflecting Maud's role is intertwined with the controversy not specifically of her art, but of the past and the image/identity of a lost age of Nova Scotia Folk lifestyle conveyed through marketing strategies. As Erin Morton states in For Folk's Sake: "Given its connection to historical presentist nostalgia for a lost capitalist age, Maud Lewis’s legacy in Nova Scotia continues to be a source of controversy. Yet, once institutional actors such as the AGNS, in partnership with Scotiabank, identified Lewis as a folk artist upon whom they could capitalise, her work no longer operated as items of local exchange or of commemoration within networks of small commodity producers and consumers. In an age of neoliberal museum development, the AGNS’s commodification of Lewis negotiated any contradictions in the historical presentist narrative with ease. The house in a sense became too valuable to leave in Digby County, even if there remained widespread investment in locating Lewis’s memory there. The provincial gallery thus did more than determine the ongoing significance of of Lewis’s place in artistic circles of Nova Scotia. In ways typical of the neoliberal era, the AGNS capitalized significantly on Lewis as a representative of a widespread postwar mythology that the neoliberal fantasy seeks to debunk – namely, dastardly unions and welfare bums getting in the way of hard working people such as Maud and Everett.”[2]

In the end, one might summarise this situation with an analogy staged between Maud and Everett's contributions, and the current industry dominating a seemingly perfuming of our rural conceptions regarding economy and art.
Lance Woolaver, The Heart on the Door: The difference between Maud and Ev is that Maud, for all her losses, built something wonderful out of her broken self. We still have it. Everett, for all his accumulations, would lose everything by theft and death. He got revenge but failed at vengeance. When Everett died the county was indifferent, and in some cases pleased. When Maud died, the county grieved." [3]